South Africa has it all: Plains game hunt, driven hunt, big game hunt and bird shooting - and we can offer all of it ! Do you dream about Africa ? Wake up and make your dream come true !

In the northern part of South Africa - at the famous Limpopo River - we work with Limpopo Safaris, which is a fantastic place ! - not only for the hunter, but also for his family.

South Africa is THE most popular destination in Africa for hunting safaris - by a wide margin!  This country combines a  fantastic, well-managed wildlife resource with  the best infrastructure on the continent - best roads, restaurants, resorts, parks and the broadest array of hunting options from simple ranch hunts to Big Five dangerous game safaris.  It also offers a bewildering array of tourist activities for non-hunting observers and is an excellent choice for family vacations, as well as for serious hunters.

The South African Tourist Board’s motto: “ A World in One Country” aptly describes this fascinating place.  Almost twice the size of the state of Texas, the Republic of South Africa is a large country with several distinctly different ecosystems, each with its own variety of species.  In the west of the country the red sands of the Kalahari Desert sweep out of Botswana producing the largest oryx in Africa, the gemsbok, or giant oryx, and other species adapted to arid climate.  The heart of the country, covering almost 50% of the land mass is the savannah grassland, interspersed with shrubveld and acacia woodland.

This region is home to many species of plains game, although a large part has been tamed for agriculture.  In the north the savannah gives way to heavy thornbush and dense riverine forest along the Limpopo river, separating South Africa from Zimbabwe.  This is great game habitat, featuring huge greater kudu, Limpopo bushbuck, waterbuck, leopard, and many other species.  In the east the majestic mountains of the Drakensberg rise above the coastal sand forest of Zululand and dense thickets which are home to one of the country’s most beautiful species - the nyala.  Further north in the east The vast Kruger National Park, along the border with Mozambique, provides the reservoir of big game for the several private game reserves surrounding the park.  Here excellent leopard, buffalo and rhino can be hunted, as well as elephant and occasionally lion. 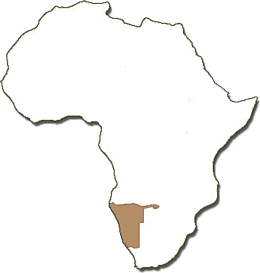